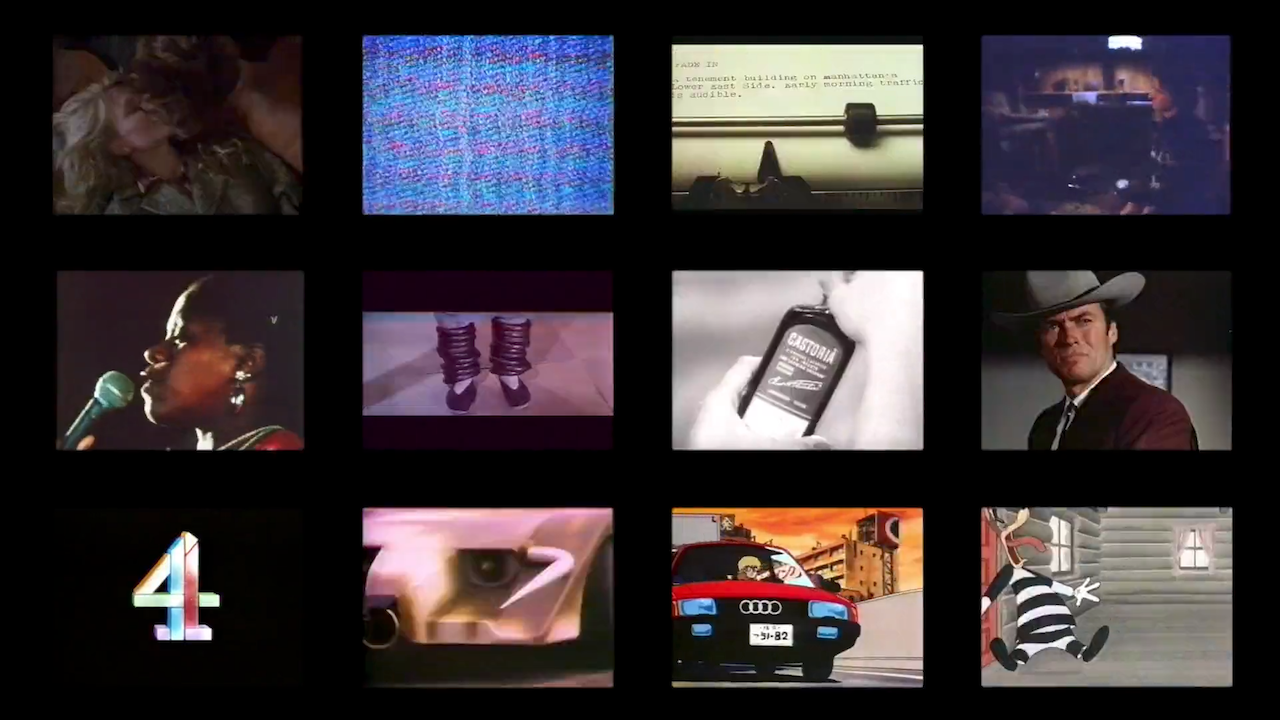 „A while back, I would obsessively record things off the TV and collect films from film fairs, shops and car boot sales – this film represents a third of the quest to digitise that collection….around 580 hrs of dropped frames, filled hard drives and distracting ingesting chugging away in the corner of my studio.

The constant in the tapes is me, its as good a self portrait as I’m going to make at the moment. Some of the tapes are old favourites, some I have never watched until they went in, and some I still have no clue as to what is on them.

I often would set the recorder going at the start of a film and then go to bed and pass out, the tape stopping automatically when it would run out. As a result many of the tapes have a whole heap of footage recorded after the thing I wanted had finished, resulting in a single channel blind trawl of late night night programming (a lot of ceefax and oracle)

The 580hrs contained in this video are destined to meet their 1160 brothers and sisters in an installation planned to run over three consecutive days, but that is a story for another time.

I am definitely what I watched