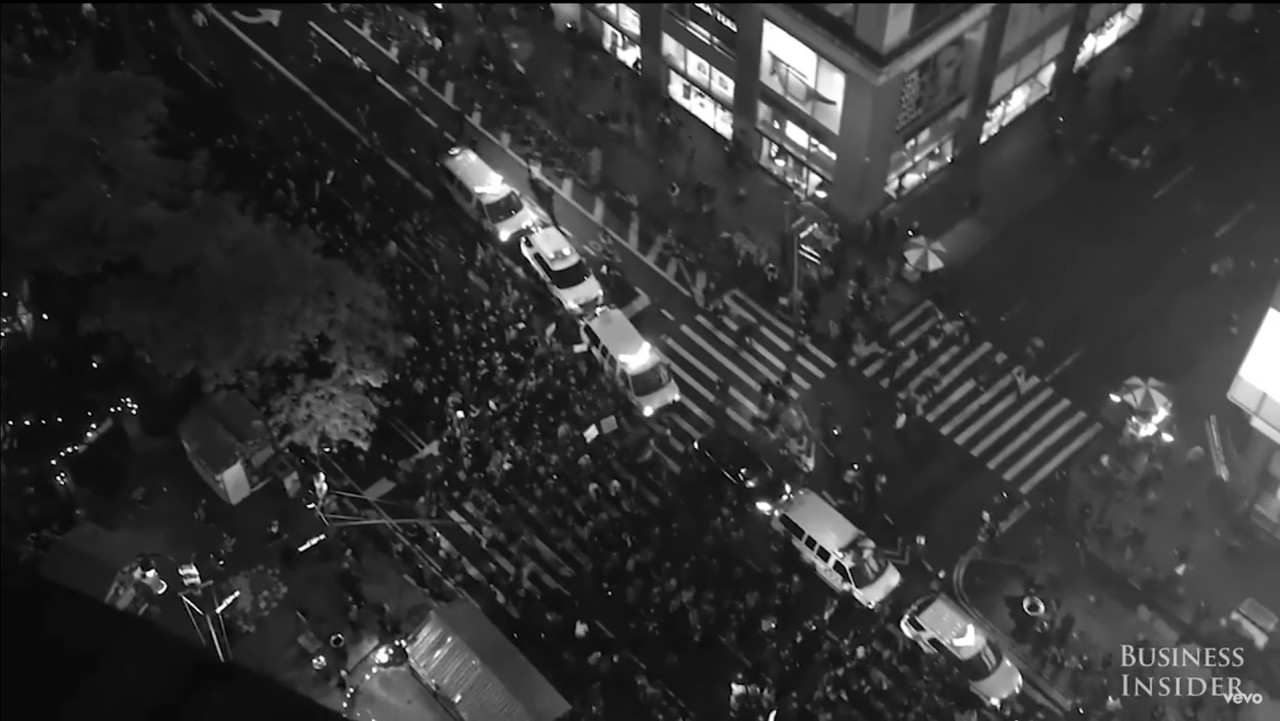 It’s the BoredOfItAll generation
The product of product placement and manipulation
Shoot ‚em up, brutal, duty of care
Come on, new shoes, beautiful hair, bullshit!
Saccharine ballads and selfies, and selfies, and selfies
And here’s me outside the palace of ME!
Construct a self and psychosis
Meanwhile the people were dead in their droves
And, no, nobody noticed; well, some of them noticed
You could tell by the emoji they posted 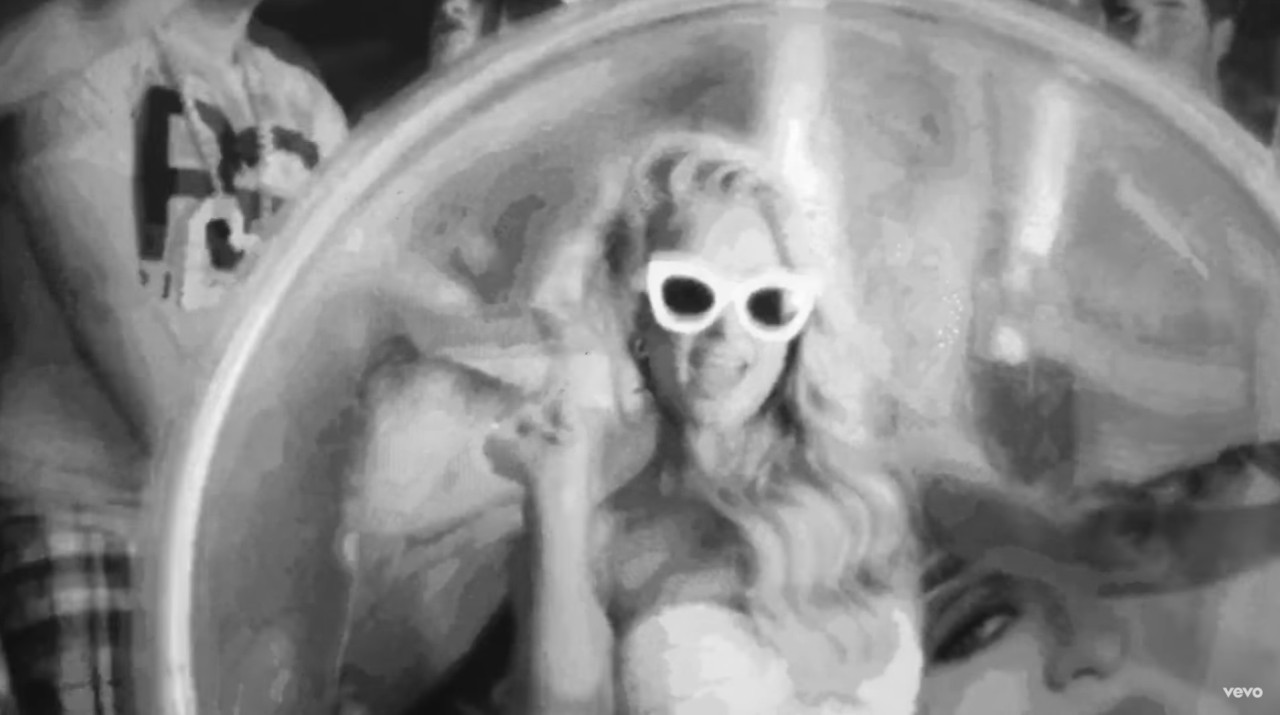 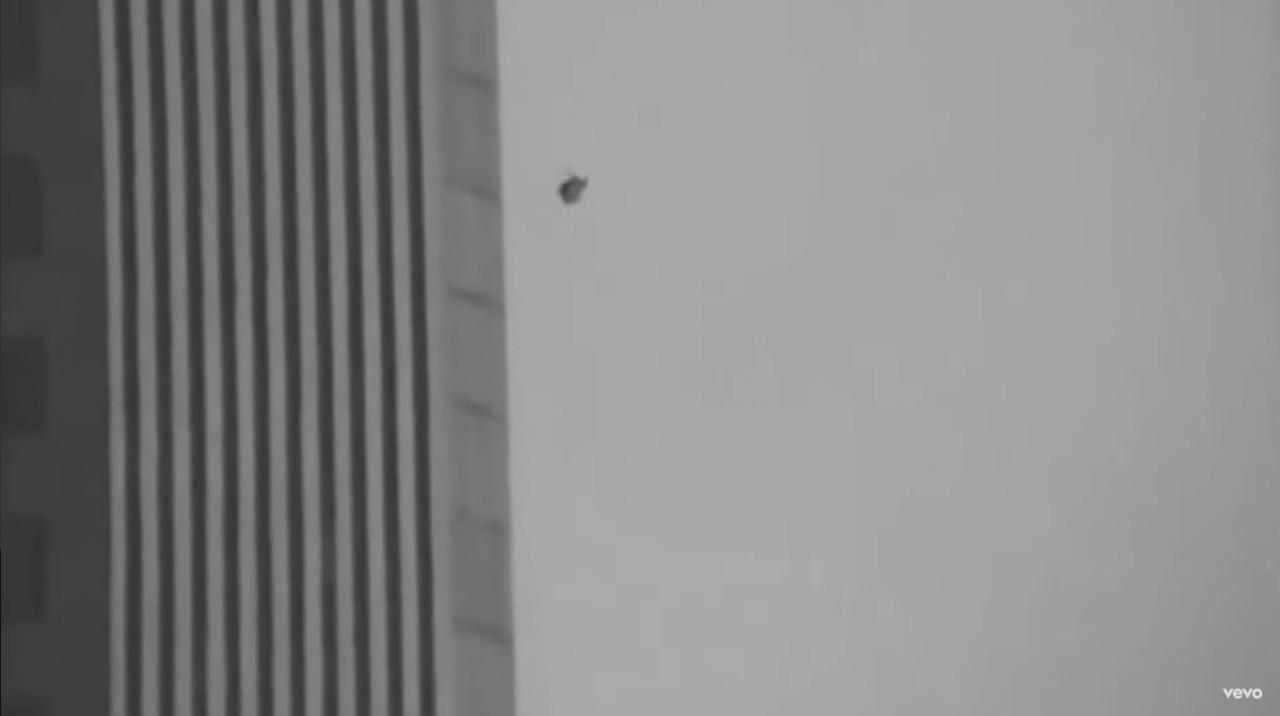 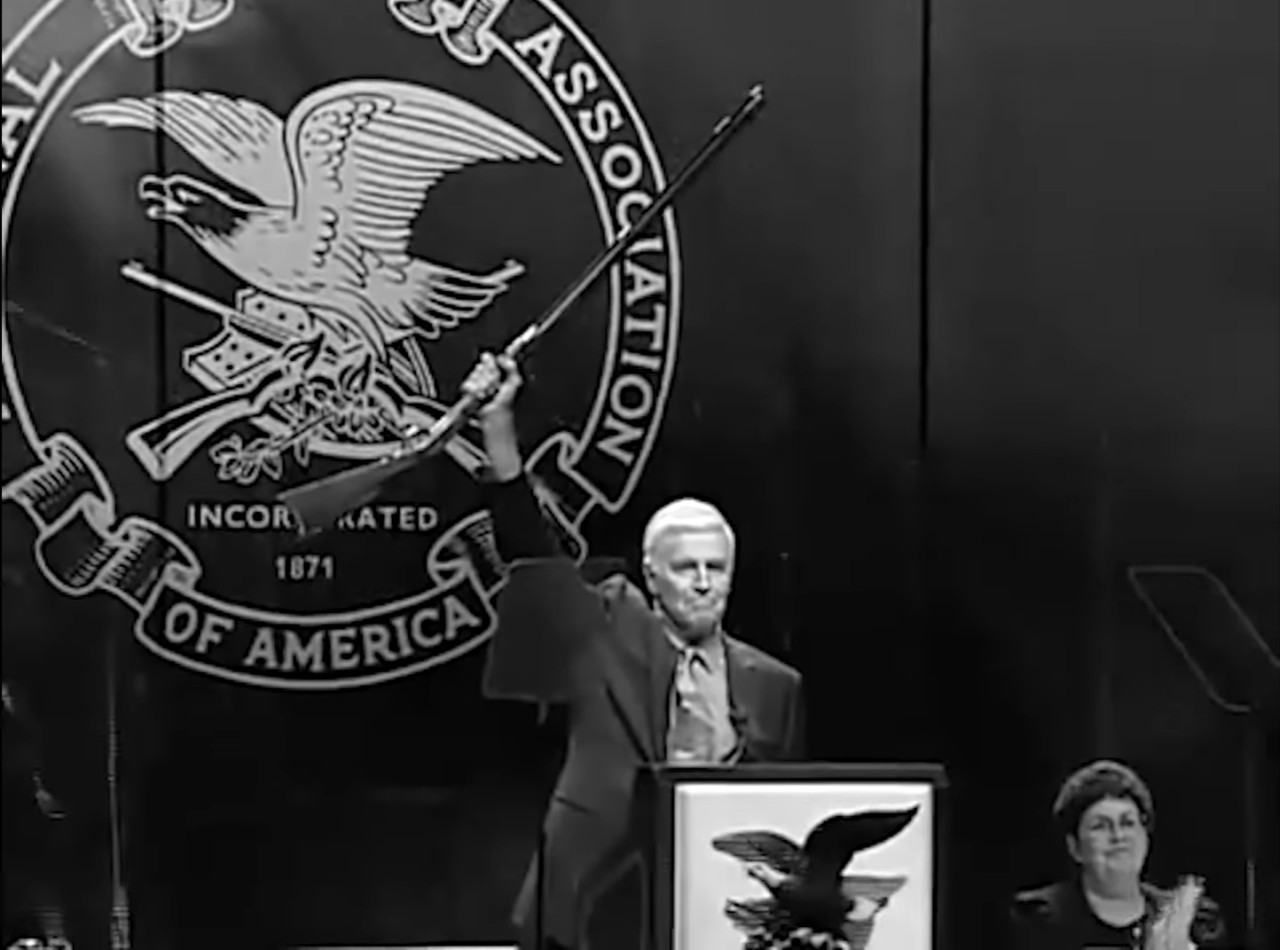 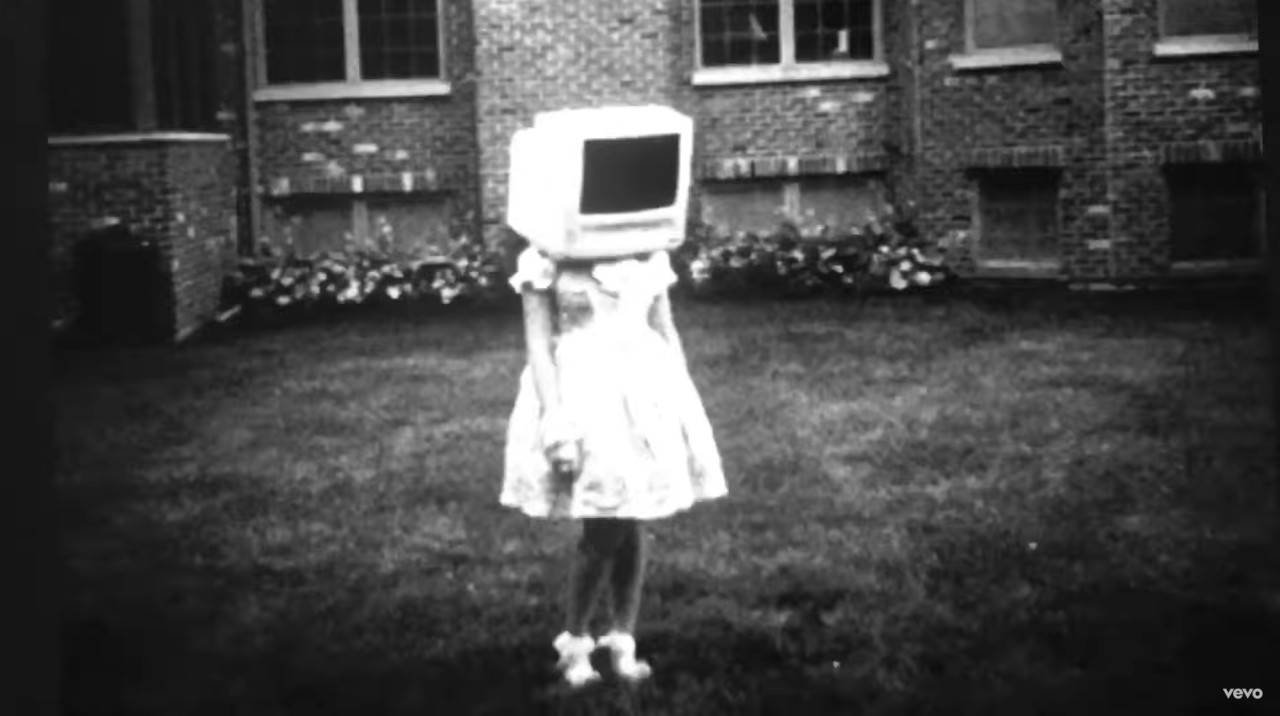 [Intro]
In the basement flat, by the garages
Where people dump their mattresses
Esther’s in her kitchen, making sandwiches
The slats on her blinds are all wonky and skewed
You can see her from the street before she moves out of view
To kick her boots off tired feet
She wipes her forehead with her wrist
She’s just back from a double shift
Esther’s a carer, doing nights
Behind her, on the kitchen wall
Is a black and white picture of swallows in flight
Her eyes are sore, her muscles ache
She cracks a beer and swigs it
She holds it to her thirsty lips
And necks it till it’s finished
It’s 04:18 AM again
Her brain is full from all she’s done that day
She knows that she won’t sleep a wink
Before the Sun is on its way
She’s worried ‚bout the world tonight
She’s worried all the time
She don’t know how she’s supposed
To put it from her mind

[Verse 1]
Europe is lost, America lost, London lost
Still we are clamouring victory
All that is meaningless rules
We have learned nothing from history
The people are dead in their lifetimes
Dazed in the shine of the streets
But look how the traffic’s still moving
System’s too slick to stop working
Business is good, and there’s bands every night in the pubs
And there’s two for one drinks in the clubs
And we scrubbed up well
Washed off the work and the stress
And now all we want’s some excess
Better yet; a night to remember that we’ll soon forget
All of the blood that was bled for these cities to grow
All of the bodies that fell
The roots that were dug from the earth
So these games could be played
I see it tonight in the stains on my hands
The buildings are screaming
I can’t ask for help though, nobody knows me
Hostile, worried, lonely
We move in our packs and these are the rights we were born to
Working and working so we can be all that we want
Then dancing the drudgery off
But even the drugs have got boring
Well, sex is still good when you get it

[Chorus 1]
To sleep, to dream, to keep the dream in reach
To each a dream, don’t weep, don’t scream
Just keep it in, keep sleeping in
What am I gonna do to wake up?

[Verse 2]
I feel the cost of it pushing my body
Like I push my hands into pockets, and softly
I walk and I see it, this is all we deserve
The wrongs of our past have resurfaced
Despite all we did to vanquish the traces
My very language is tainted
With all that we stole to replace it with this
I am quiet, feeling the onset of riot
Riots are tiny though, systems are huge
Traffic keeps moving, proving there’s nothing to do
‚Cause it’s big business, baby, and its smile is hideous
Top down violence, a structural viciousness
Your kids are dosed up on medical sedatives
But don’t worry bout that, man, worry ‚bout terrorists
The water level’s rising! The water level’s rising!
The animals, the elephants, the polar bears are dying!
Stop crying, start buying, but what about the oil spill?
Shh, no one likes a party pooping spoil sport
Massacres, massacres, massacres/new shoes
Ghettoised children murdered in broad daylight
By those employed to protect them
Live porn streamed to your pre-teen’s bedrooms
Glass ceiling, no headroom
Half a generation live beneath the breadline
Oh, but it’s happy hour on the high street
Friday night at last lads, my treat!
All went fine till that kid got glassed in the last bar
Place went nuts, you can ask our Lou
It was madness, road ran red, pure claret
And about them immigrants? I can’t stand them
Mostly, I mind my own business
They’re only coming over here to get rich, it’s a sickness
England! England! Patriotism!
And you wonder why kids want to die for religion?
It goes, work all your life for a pittance
Maybe you’ll make it to manager, pray for a raise
Cross the beige days off on your beach babe calendar
The anarchists are desperate for something to smash
Scandalous pictures of fashionable rappers
In glamorous magazines, who’s dating who?
Politico cash in an envelope
Caught sniffing lines off a prostitutes prosthetic tits
Now it’s back to the house of lords with slapped wrists
They abduct kids and fuck the heads of dead pigs
But him in a hoodie with a couple of spliffs
Jail him, he’s the criminal
Jail him, he’s the criminal
It’s the BoredOfItAll generation
The product of product placement and manipulation
Shoot ‚em up, brutal, duty of care
Come on, new shoes, beautiful hair, bullshit!
Saccharine ballads and selfies, and selfies, and selfies
And here’s me outside the palace of ME!
Construct a self and psychosis
Meanwhile the people were dead in their droves
And, no, nobody noticed; well, some of them noticed
You could tell by the emoji they posted

[Chorus 2]
Sleep like a gloved hand covers our eyes
The lights are so nice and bright and let’s dream
But some of us are stuck like stones in a slipstream
What am I gonna do to wake up?

[Verse 3]
We are lost, we are lost, we are lost
And still nothing, will stop, nothing pauses
We have ambitions and friendships and courtships to think of
Divorces to drink off the thought of
The money, the money, the oil
The planet is shaking and spoiled
And life is a plaything
A garment to soil
The toil, the toil
I can’t see an ending at all
Only the end
How is this something to cherish?
When the tribesmen are dead in their deserts
To make room for alien structures
Develop, develop
And kill what you find if it threatens you
No trace of love in the hunt for the bigger buck
Here in the land where nobody gives a fuck