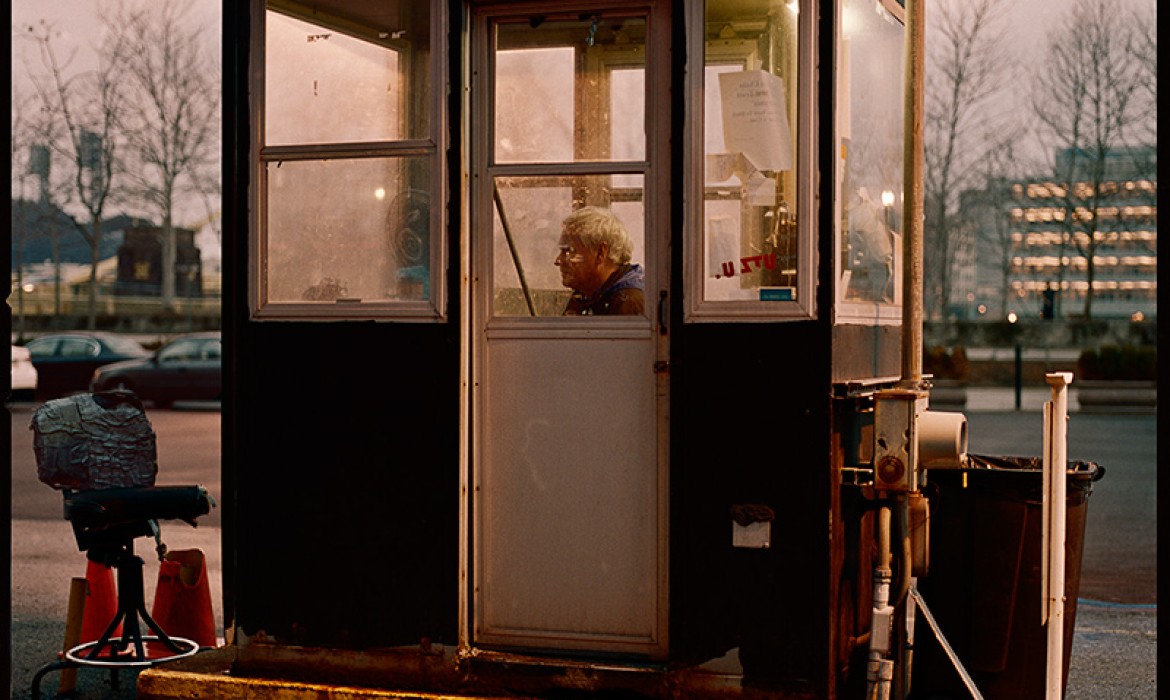 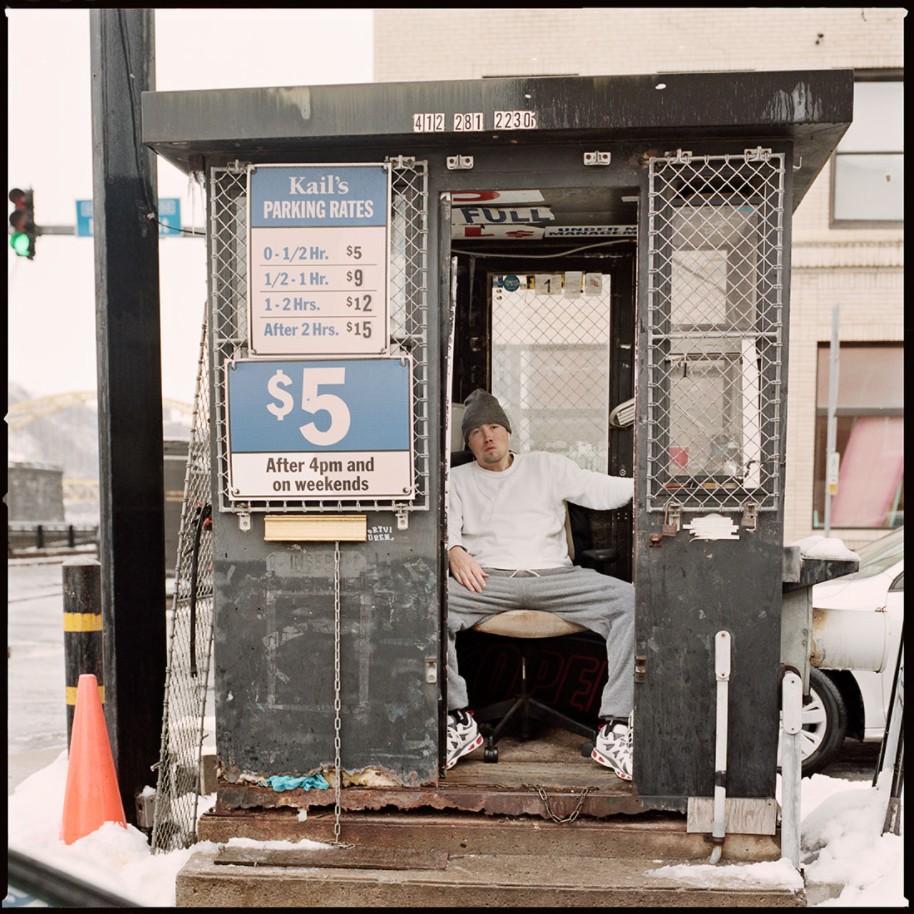 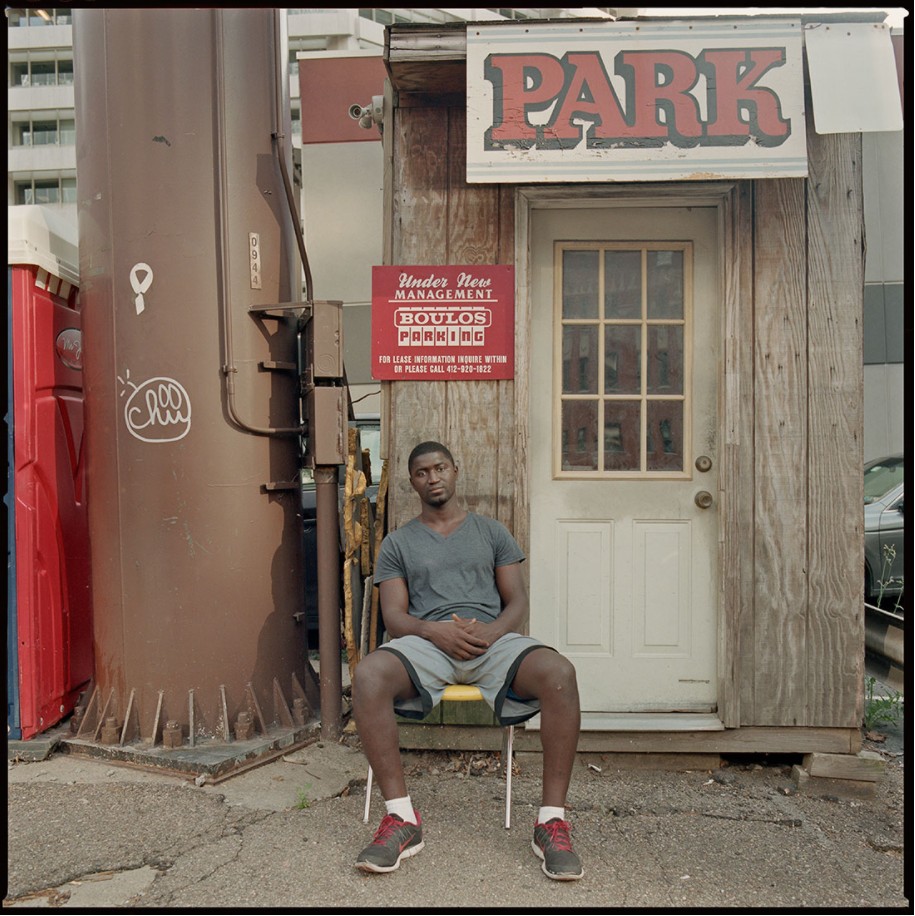 One of my first commissions in Pittsburgh was to photograph the parking lots in Pittsburgh’s Cultural District.  On a chilly late December afternoon, as the turquoise sky surrendered to the city lights, I was struck by the isolation of a parking lot attendant sitting in his booth.  Through the booth’s weathered Plexiglas I sensed his melancholy, alone with nothing other than his thoughts to keep him company. Like this man I am often alone and isolated; I felt a connection to him. 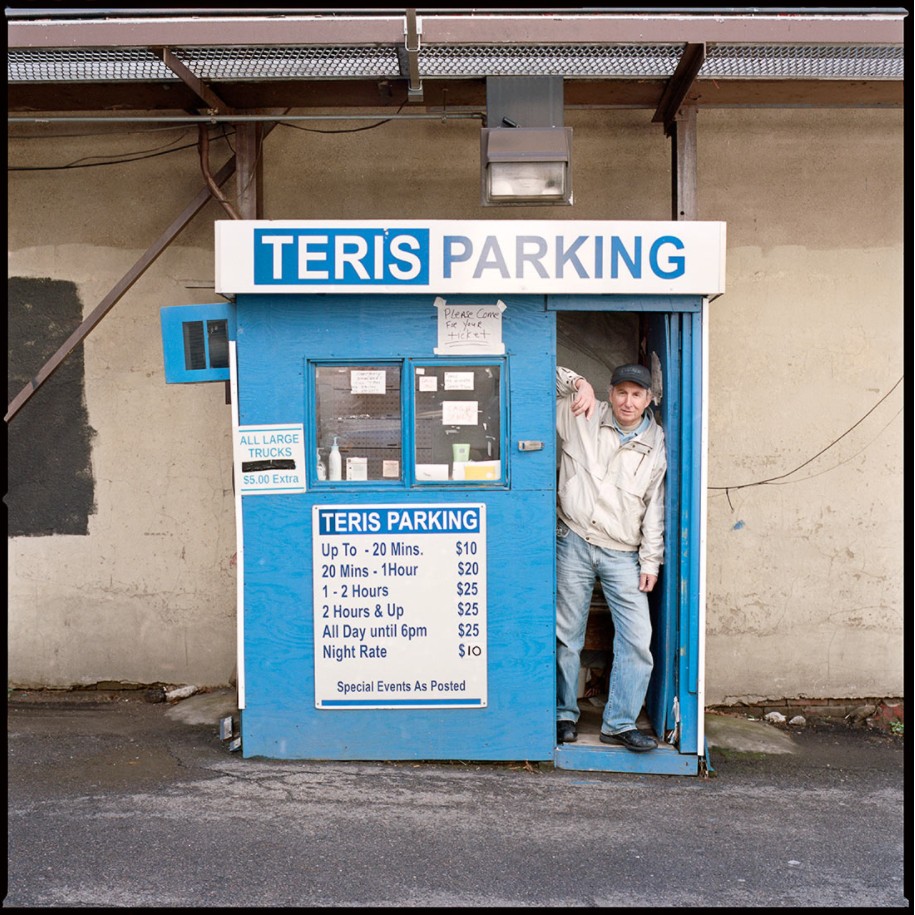 Pittsburgh is a commuter city with marginal public transportation, so most commuters drive into the city from Pittsburgh’s surrounding suburbs, and thus need a place to park.  Around downtown Pittsburgh there are many parking lots, some large and corporate, others small and privately owned.  Many are ground-level lots tended by a single attendant, who takes payment and organizes the comings and goings of the commuters. 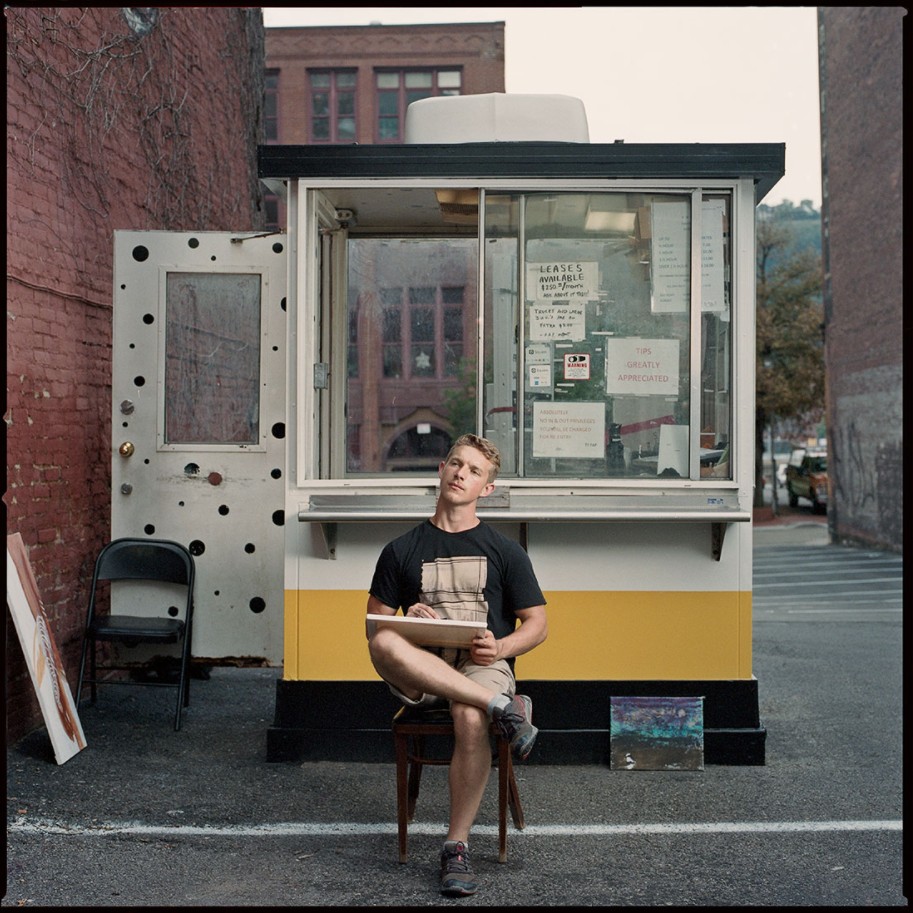 I am drawn to the architecture of the booths because they fit nicely within my preferred format: square.    I photograph them not as obscure structures; I take their portraits as I see them, as animate objects with a character shaped by years of harsh climate and the wear of multiple tenants. 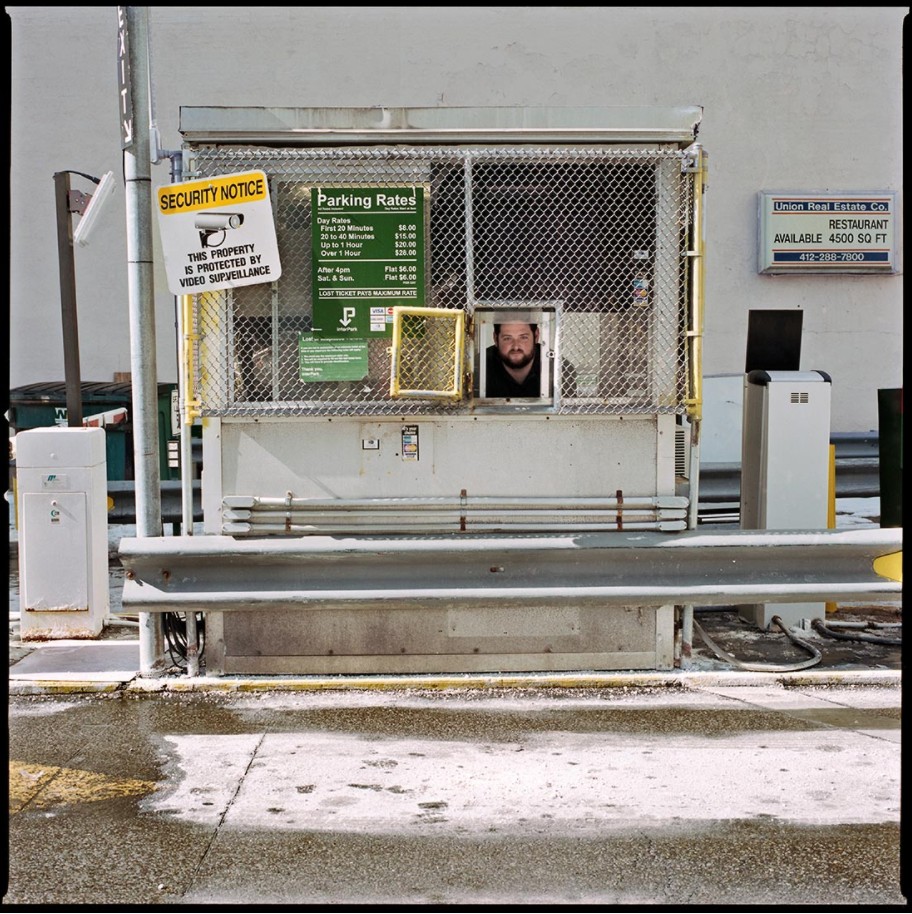 This project is an equal study of both the booth and the attendant. Their relationship is symbiotic: the attendant needs the booth for comfort and function; the booth needs its occupant for significance. 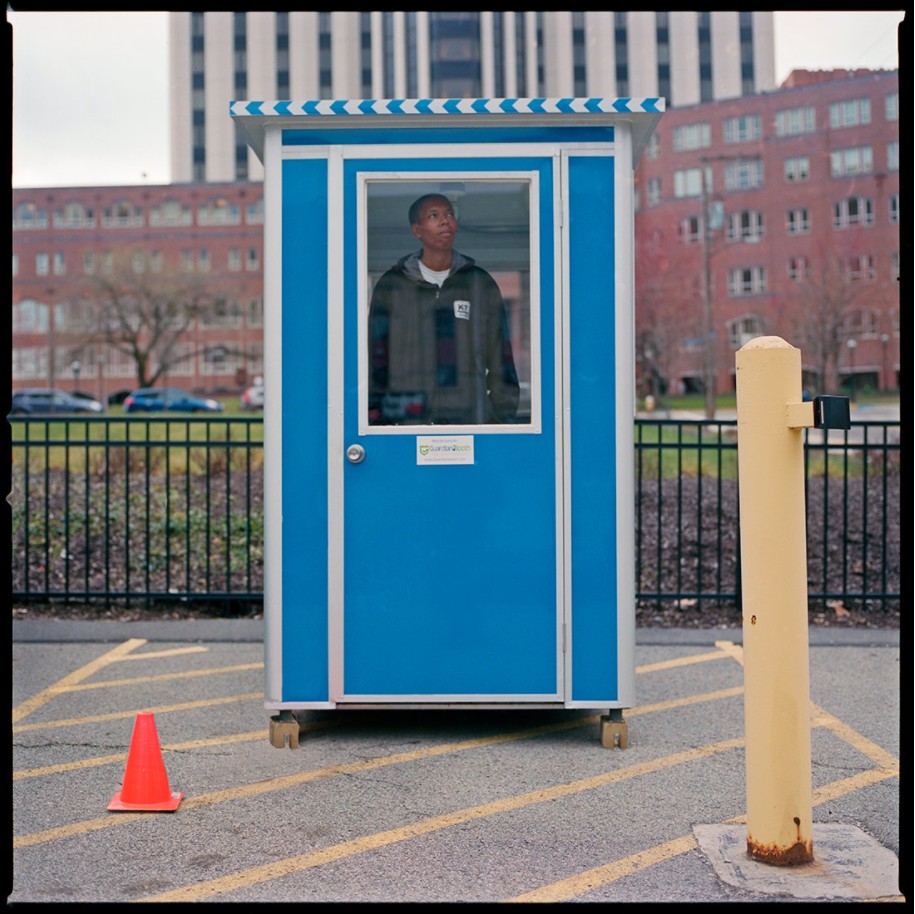 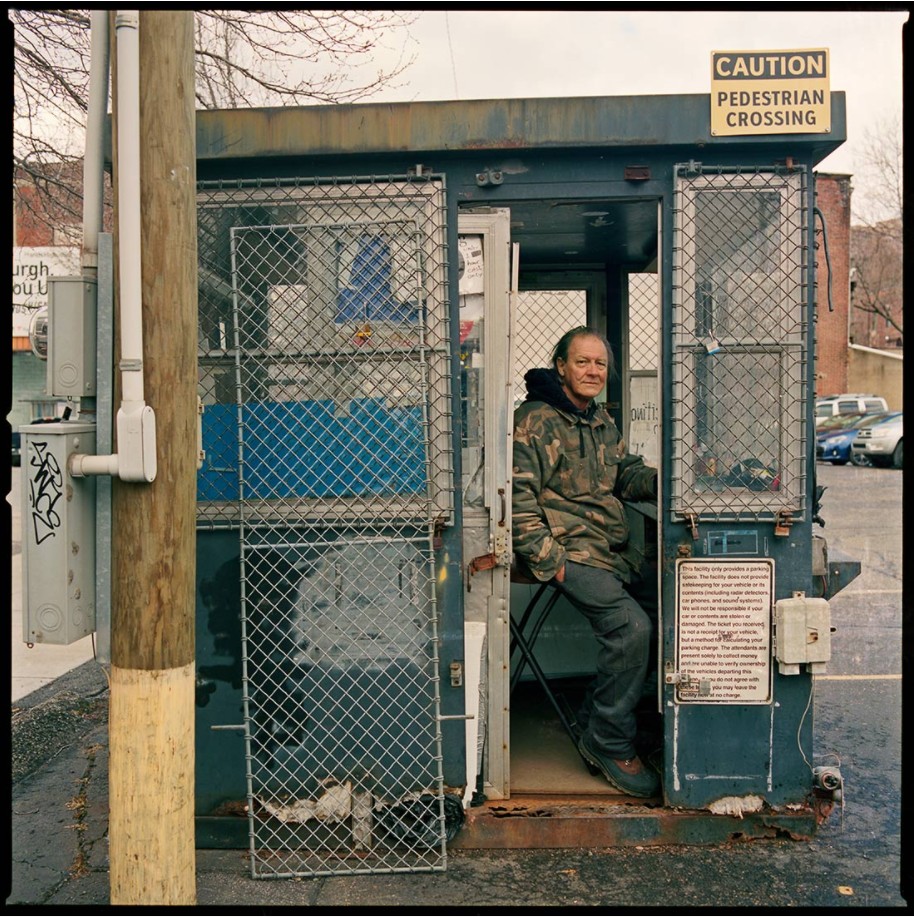 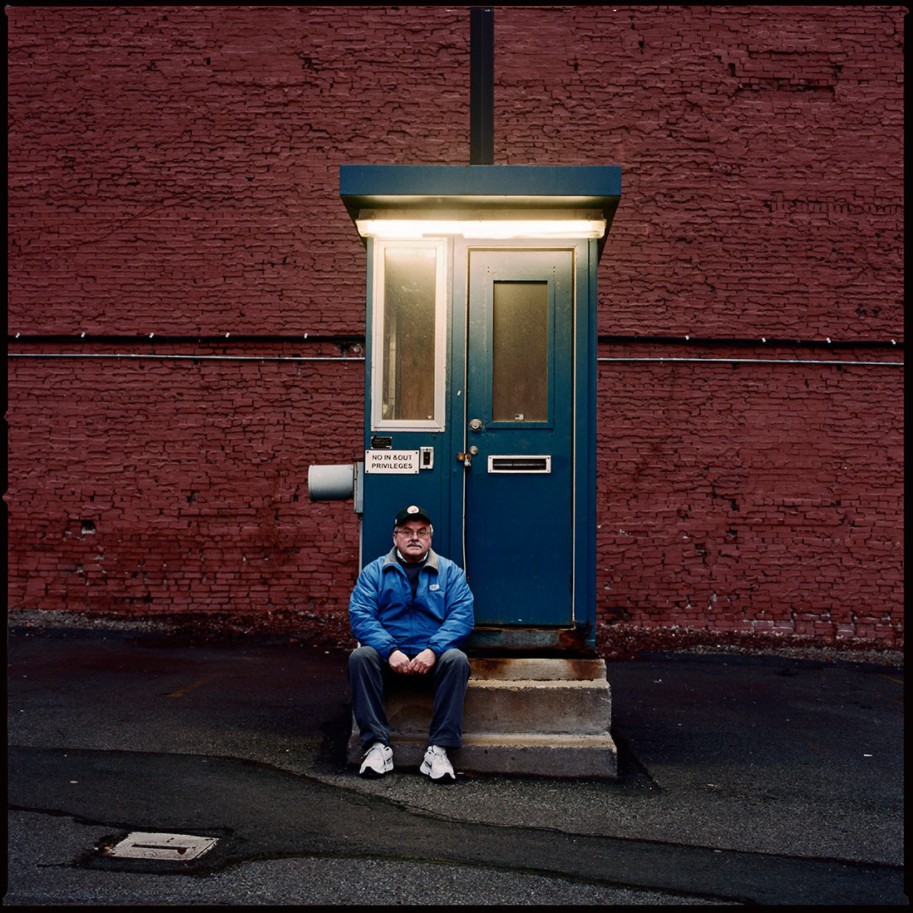 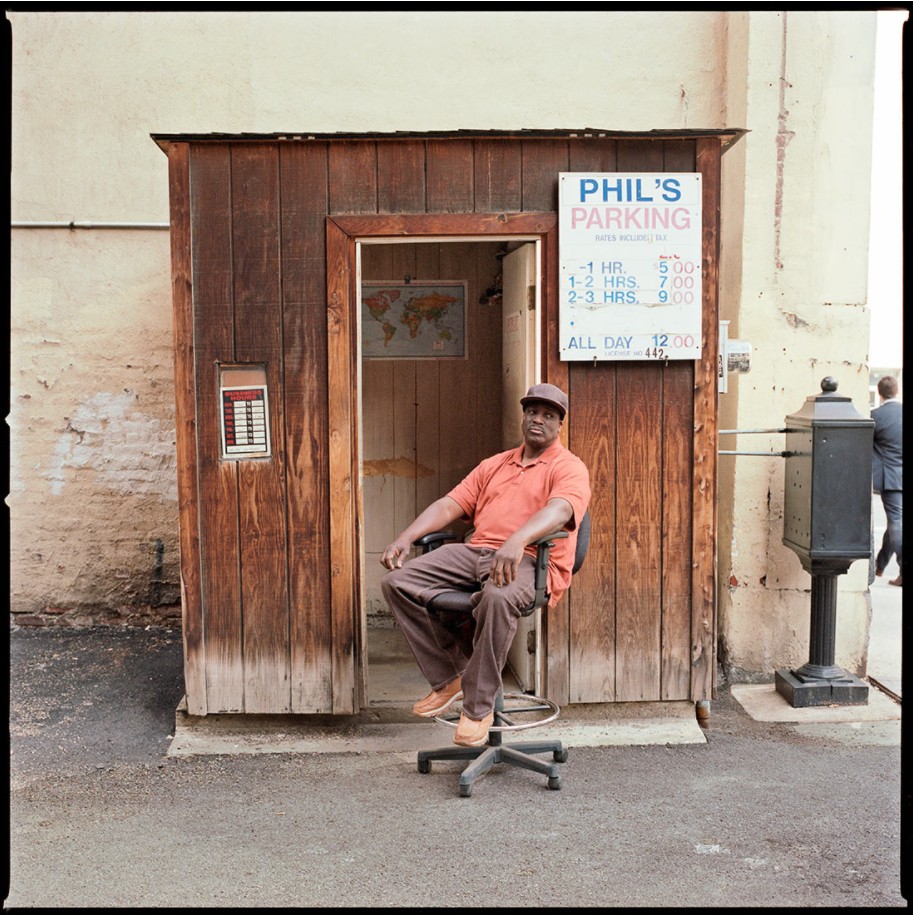 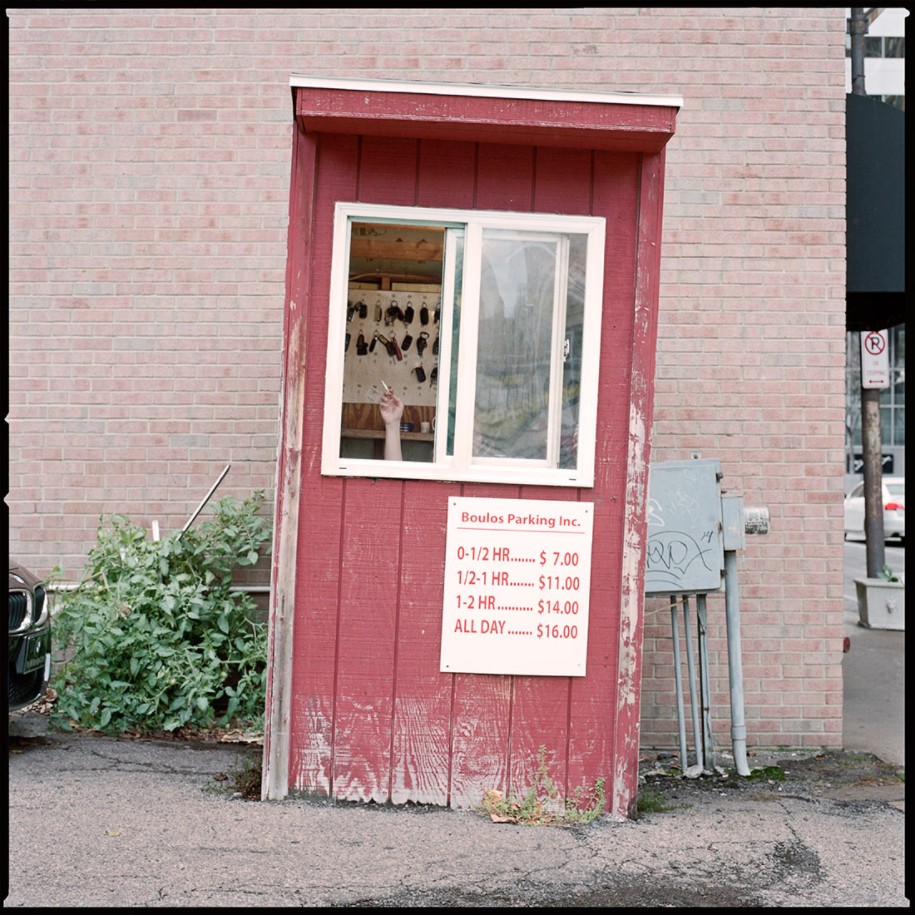 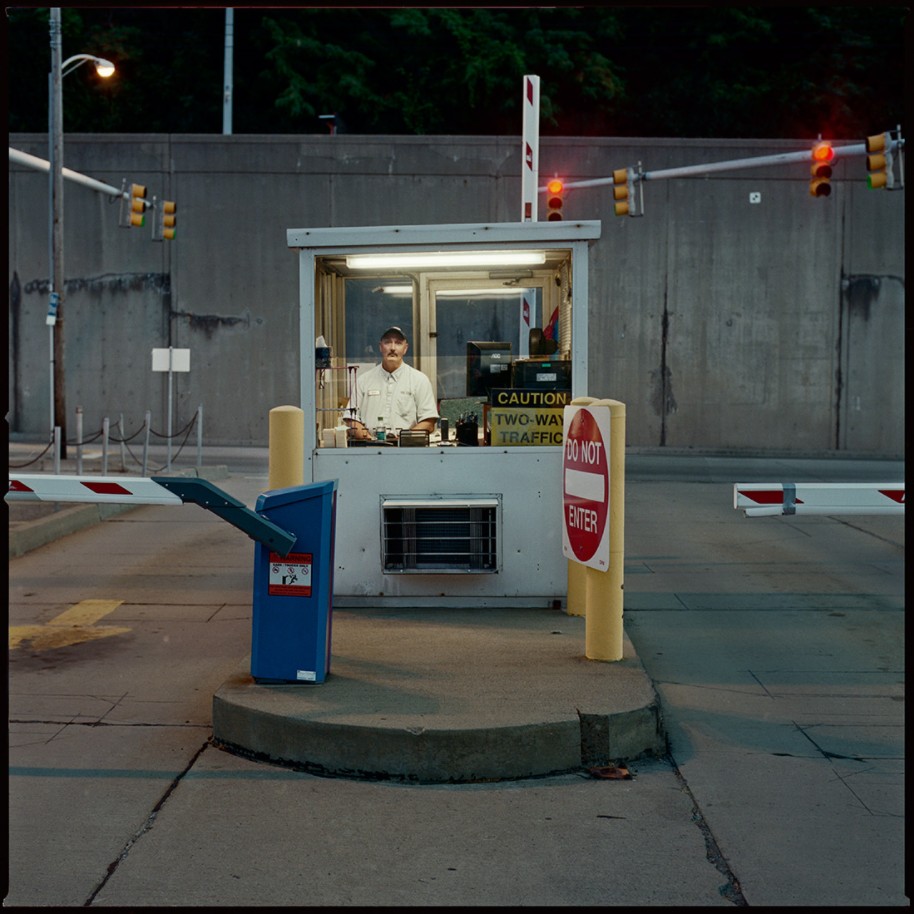